A few days ago, there has been a picture circulating on social media regarding a genetic mutation called Alexandria’s Genesis. The characteristics of this mutations consist mainly of pro’s without the con’s including a person get purple eyes, only have hair on their heads, not anywhere on their body, long lifespan, high metabolism, and women with this condition do not menstruate.

The supposed origin of this myth dates back 1000 years. Although it’s really hard to believe that such magical characteristics in real exist but there is large number of supporters of this myth claim that Alexandria’s Genesis can be dated back to over a thousand years. It started in Egypt when a mysterious light flashed in the sky, and everyone who was outside at the moment, to them it happened. They developed pale skin and purple eyes. Eventually these people were said to have moved north, were they eventually disappeared. Then they appeared again and they lived on this earth even now.

Like supporters, there are also a huge number who totally refuse the myth and said it’s nothing more than a fiction. They support their view with the fact that around the year 2000 , author Cameron Aubernon was writing a Daria fan fiction and thought it would be fun for some of her characters to have a genetic mutation and she called it as Alexandria’s Genesis. The characteristics of this mutation such as purple eyes, no body hair, no menstruation yet still fertile, long lifespan, high metabolism, people took over and it spread like wildfire. Since then Aubernon has explained and dispelled the myth on her blog. 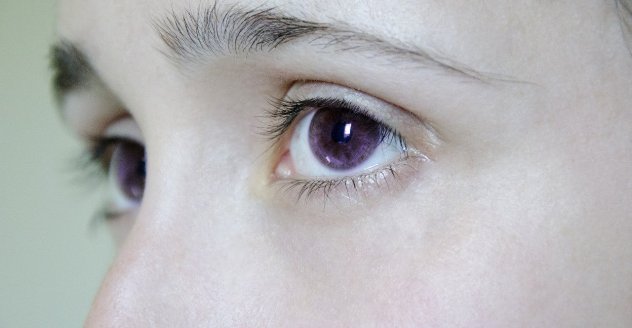 Alexandria’s Genesis is Fake or Real

You have read about this syndrome and confused whether it exist or not, then continue reading, till the end, you will be surely able to answer yourself.

What actually the Alexandria’s genesis is

This condition emerges as a result of mutation of the genes, which manifests itself in the fact that the eyes change color, from blue to purple, and it happens within the first six months after birth. Other features of this disorder include the skin’s immunity to tanning or burning, no body hairs apart from the hair on the head, eyelashes, brows, and in the nostrils. So people with this syndrome especially women don’t need to worry about the arms, legs, torso, or pubic area hairs.

The best part is the life span of affected people who are supposed to live age of 150 years old. Aging stops at around age 50, and those afflicted look no older even as they pass 100 years of age. They rarely fall ill, and are immune to most diseases. I would like to be one of them, since they don’t gain excessive weight regardless of how much they eat, due to incredibly high rate of metabolism. These lucky women are able to maintain desirable figures throughout their lifetime. Women with this disorder do not menstruate, though they are 100% fertile.

If we ask medical science about this syndrome then there are not enough scientific evidence to support the myth. Though there are some characteristic which could be technically possible but they can’t exist longer due to their shortcomings like:

The supporters of existence of Alexandria’s Genesis point to the famous actress, Elizabeth Taylor, as one prominent individual afflicted with the disorder. She had violet eyes and people used it as evidence to substantiate their claims. They also argue that there are mutations which lead to the fact that some children age very quickly, causing those afflicted to have very short lives, so why apposite to it is not possible. It can be concluded that its fun thing to imagine, but people with Alexandria’s Genesis do not exist, at least now. Who knows what future brings