The word “Akinetopsia” is derived from the Greek word. The “a” means without, “kine” means to move and “opsia” means to see. Akinetopsia is a visual motion perception disorder. It is an acquired defect characterized by the inability to perceive motion. Akinetopsia, a rare neurological disorder, is also known as motion blindness or cerebral motion blindness. Akinetopsia patients see things through a series of freeze frames. For Akinetopsia patients, things jump from one static position to another; therefore, when they are crossing the road, they cannot detect the motion of the car, and before they know it, the car runs over them.

Since Akinetopsia is a visual motion perception disorder, there are no diagnostic or pathognomic tests for Akinetopsia. It is diagnosed clinically.

The symptoms found in the Akinetopsia patients are as follow,

· Akinetopsia patients often see things through a series of freeze frames that have gaps between them. But these gaps usually do not associate with motion. It is similar to the effect experienced with a strobe light in a dark room. That is why it is known as the Strobe effect.

· When things suddenly appear or disappear in front of the Akinetopsia patient, they feel dizziness and vertigo.

· Akinetopsia patients often have a fear of cars and road crossing. They do not have visual motion perception due to which they can calculate the distance between them and the moving objects, but the vehicles that seem to be far away suddenly will be upon them before they know it. 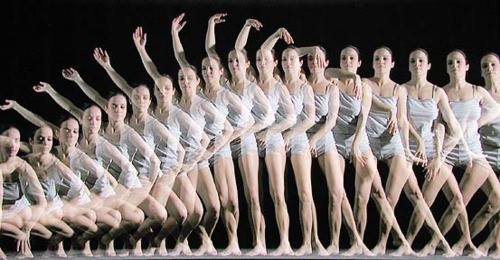 · Akinetopsia patients often have a fear of dogs. This fear is due to their inability to perceive visual motion and randomness and swift movements of dogs due to which they can not see them coming.

· Whenever Akinetopsia patients watch movies, they often experience gaps between different series of the frame.

· Akinetopsia patients are unable to keep track of the conversation because of the motion of the lips of the speaker.

· Pouring of liquid from one container to another is very difficult for the Akinetopsia patients because fluid pouring appears to be a series of different freeze frames in which fluid jumps from one level to another, leading to overflowing.

· Akinetopsia patients are unable to recognize the illusion of apparent motion.

According to some studies, it is believed that Akinetopsia is caused by the impairment in the visual motion pathway, particularly in the middle temporal visual area known as MT/V5. Temporarily Akinetopsia can be induced in healthy individuals through transcranial magnetic stimulation of the MT/V5 area. The primary visual cortex (V1) and secondary visual cortex (V2) first receive vision information. Then this information is sent to the MT/V5 region for processing. In the case of Akinetopsia, this MT/V5 region is damaged.

There are only a few cases related to Akinetopsia found in the literature. The first-ever extensively studied case of Akinetopsia, which is clinically recorded, is found in the paper published by Zihl et al. in 1983. Baker, Hess, and Zhil also described this case in their paper published in 1991. The patient is referred to as patient LM in literature. In 1978, a 43 years old female, LM, was admitted in a hospital in Munich. She had complained of frequent extreme headaches and vertigo. She was diagnosed with blood clots in her brain. These blood clots lead to the bilateral cerebral lesions posterior to the visual cortex, exterior to the striate region. Later, these lesions, which caused the defect in visual motion perception, were identified by positron emission tomography (PET) and magnetic resonance imaging (MRI). According to the patient LM, she saw things as a series of freeze frames having gaps between them. Her middle temporal region was damaged at MT/V5. She was able to distinguish different colours and objects. She was able to calculate the distance of the items. But she had developed a fear of crossing roads. Because the vehicles that seemed to be far away suddenly were near her without appearing to be moved. She could not pour liquid because liquid seemed to be frozen but suddenly, the empty container in which it was being poured overflowed. She was unable to perceive visual motion. Any activity that required perception of motion was fear causing and dangerous for her.

There is not any approved recommended treatment for the Akinetopsia. But in the case of medication-induced Akinetopsia, a reduction in the dose will reverse the symptoms.