Tornwaldt cyst is also known; by various names such as Thornwaldt cyst or nasopharyngeal cyst. It is present in the upper posterior nasopharynx. A nasopharynx refers to the upper part of the throat behind the nose. The opening of either side of the nasopharynx leads into the ear. The function of it is to transfer air from the nose to the larynx.

A Tornwaldt cyst is a rare and benign condition. According to data it has an incidence of approximately 1.4 to 3.3%. Its peak incidence is generally seen; between the age groups of 15 and 60 years. That peak incidence may be due to the gradual accumulation of fluid inside the cyst, causing obliteration of the neck region.

Gustav Ludwig Tornwaldt was the first person who described this rare and benign disease. Its treatment is not necessary to perform in the majority of the cases.

The most frequent symptoms of the individuals affected with a Tornwaldt cyst are obstruction of the nasal region, postnasal drainage, aural fullness, serous otitis media, headache associated with cervical stiffness. However, the latter is known to be caused by the obstruction of a Eustachian tube. Besides that, if the content contained inside the cyst gets infected somehow, it moves towards a repetitive discharge of a foul-tasting fluid. That foul-tasting fluid flows right into the mouth of the affected individual; the discharge is related to halitosis. 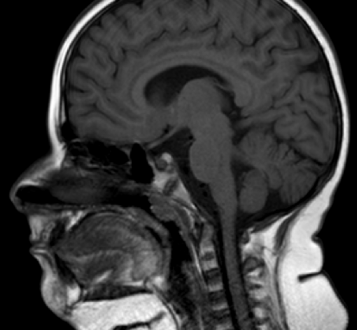 A Tornwaldt cyst is congenital and usually shows up due to the communication between the nasopharyngeal endoderm and notochord. That communication between the two may be due to various reasons. Those reasons may include inflammation, mechanical obstruction, or abscess of the pharyngeal bursa. Other reasons for it may involve blocked mucus glands or extensive layers of the wall of the pharynx secondary to chronic inflammation and secretions.

Tornwaldt cysts are of two kinds, that is, cystic and crusting. From a general point of view, cysts may also form due to injuries, parasitic attacks, tumors, or infections. These are usually non-cancerous.

However, if the benign cyst remains untreated, a benign cyst can cause several serious complications. The cyst may fill up with pus and bacteria and turn into an abscess. That abscess may cause a condition of blood poisoning, known as septicemia when it gets burst inside the human body.

Various practices are performed; while diagnosing the presence of a Tornwaldt cyst. Those practices involve a CT scan and MRI predominantly.

On a CT scan, the cyst or lesions appear low density and well-circumscribed and are usually non-enhancing. However, there is a probability of richness of the fluid protein; if that is the case, then it may even show resemblance to a solid lesion and may be hyper-attenuating.

The results obtained from an MRI usually indicate the existence of cysts as being well-circumscribed with a narrow wall. The T1 signal is variable depending upon the present protein content, the T2 signal is high, and no enhancement is generally visible.

To diagnose such a cyst, a doctor inserts a viewing tube through the passage of the nose. That tube is known as a nasopharyngoscope. Afterward, the diagnosis is confirmed with imaging tests such as a CT scan or an MRI.

This cyst is rare and benign. However, it does not mean that it should be left untreated. Now, the question which arises is how to treat a Tornwaldt cyst?

In symptomatic Tornwaldt cyst, surgical treatment is advisable and accompanied as a result. However, the surgery of choice is to perform excision or marsupialization of the cyst. The procedure may easily be carried out; with the help of a nasal endoscope and a microdebrider.

In case of small lesions that are present, the endonasal approach is used. However, if the lesions are largely sized, then the surgery is performed by using marsupialization. For large lesions, a transoral approach is also the method of choice.