What is Sicca syndrome? Learn all about its definition, symptoms, causes and treatment options. It is an autoimmune disease, also known as Sjogren syndrome that classically combines dry eyes, dry mouth, and another disease of connective tissue such as rheumatoid arthritis (most common), lupus, scleroderma or polymyositis.

Sicca is a word derived from the Latin siccus, meaning “dry.” Dryness of the exocrine glands, particularly the eyes and mouth, is referred to as “sicca syndrome” or “sicca complex” when there is no evidence of autoimmune disease present.

The syndrome is named after the Swedish ophthalmologist Henrik Samuel Conrad Sjogren (1899-1986) who, after seeing a woman of middle age with the disease, collected 19 such cases and in his doctoral thesis in 1933 delineated the syndrome. Sjogren’s thesis was not considered of sufficient importance to earn him the title of “docent”, denying him a career in academic medicine. The syndrome he discovered nonetheless came to be accepted around the world.

While sicca symptoms occur in the vast majority of Sjögren’s patients, not everyone with these symptoms has Sjögren’s. Because of this, it is important to establish an autoimmune cause for the dryness. Sometimes other causes may be found, such as radiation therapy to the head, certain medications, or Hepatitis C or HIV infections. If no cause is found, the patient should be followed carefully for possible Sjögren’s because it sometimes takes years for the diagnosis to become clear. There is a great preponderance of females. About 90% of Sjogren syndrome patients are female, usually in middle age or older. 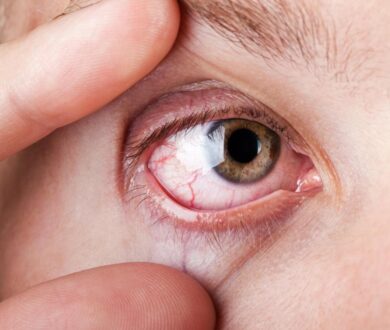 The main symptoms of sicca syndrome are one or more of the following:

Sicca syndrome is an autoimmune disorder. This means that your immune system mistakenly attacks your body’s own cells and tissues. Scientists aren’t certain why some people develop Sicca syndrome and others don’t. Certain genes put people at higher risk of the disorder, but it appears that a triggering mechanism such as infection with a particular virus or strain of bacteria is also necessary. The genetic background of Sicca syndrome patients is an active area of research. The illness is sometimes found in other family members. It is also found more commonly in families that have members with other autoimmune illnesses, such as systemic lupus erythematosus, autoimmune thyroid disease, type I diabetes, etc. Most patients with Sicca syndrome are female. While the exact cause of Sicca syndrome is not known, there is growing scientific support for genetic (inherited) factors.

Drugs such as pilocarpine (Salagen) and cevimeline (Evoxac) can increase the production of saliva, and sometimes tears. Side effects may include sweating, abdominal pain, flushing and increased urination. If you develop arthritis symptoms, you may benefit from nonsteroidal anti-inflammatory drugs (NSAIDs) or other arthritis medications. Prescription eye drops may be needed if over-the-counter drops aren’t helpful. Yeast infections in the mouth should be treated with antifungal medications.

Treat system wide symptoms. Hydroxychloroquine (Plaquenil), a drug designed to treat malaria, is often helpful in treating Sjogren’s syndrome. Drugs that suppress the immune system, such as methotrexate, also may be prescribed.