The human brain is considered to be the most important organ of the body which controls every function of the body at each level and keeps it in a naturally organized way. Every part of the brain plays an important role in the maintenance of the activities.

Rhombencephalosynapsis is a rare condition that is characterized by the deformation of the cerebellum. More specifically the cerebellar vermis region is either lacking, incompletely formed or may be merged at varying degrees between various areas of the premises involving; cerebellar hemisphere, middle cerebellar peduncles, and dentate nuclei.

It is considered a rare disease as only 36 cases were reported by the year 2018.

In some people, a genetic mutation in the MN1 gene occurs which may lead to this disease. This condition is may have seen in the patients having Gomez-Lopez-Hernandez syndrome (GLHS) as well as its co-occurrence can be observed with Autism-Spectrum disorder.The severity of the condition can be estimated by the degree of malformation or fusion which may lead to a better understanding of the disorder as well as to the choice of better treatment options.

This can be diagnosed at very early stages of life by imaging the fetus. If the results show a positive sign for the presence of the disease then further signs are ought to be looked for the confirmation of the disease named GLHS as rhombencephalosynapsis is considered to be a very important feature of this disease. So it is stated that the diagnosis of rhombencephalosynapsis may lead to the detection of GLHS. 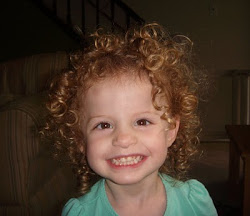 In most of the patients, this condition is found to be asymptomatic leading to the worst-case scenarios. But some patients may show some signs and symptoms which include;

It is a rare neurological disorder that is caused due to genetic mutations. More specifically the mutations in the MN1 gene may lead to the malformation of the cerebellum portion of the brain resulting in the appearance or adoption of the said disorder.

Prognosis of the disease is neurologically variable involving the normal IQ to the complete lack of the intellectual ability co-occurring with ataxia, strabismus, dysarthria, nystagmus, and/or behavioral challenges including auto-aggressive and obsessive impulsive disorders.

Rhombenocephalosynapsis is a rare neurological disorder with no reported treatment which makes it a worst-case scenario. Cognitive impairments, ataxia, lower IQ are very serious and tough conditions which limit the life for the people suffering from this condition.

However, in some cases depending upon their degree of severity of the disease surgery is recommended by the professionals which brings a ray of light in this dark situation. As well as the patients are provided with symptomatic treatment which involves the management of the signs and symptoms to improve the quality of life of the patients.

Associated or co-occurred diseases such as; Gomez-Lopez-Hernandez syndrome (GLHS) and Autism-Spectrum disorder respectively, may make the situation more difficult for the patients resulting in the difficulties in the management of the disease.