Diabetes mellitus causes polydipsia, or excessive thirst, because of high blood sugar. According to the Mayo Clinic, the kidneys remove excess sugar from the blood, which results in higher urine production. As the body loses water through increased urination or polyuria, this triggers thirst, and the diabetic drinks more water.

We all get thirsty at various times during the day. Adequate daily intake of water (several glasses) is very important, as water is essential for many bodily functions, including regulating body temperature and removing waste. However, if you feel thirsty all the time or your thirst is stronger than usual and continues even after you drink, it can be a sign that not all is well inside your body.

Many psychiatric patients have polydipsia and polyuria without identifiable underlying medical causes. Hyponatremia develops in some polydipsic patients and can progress to water intoxication with such symptoms as confusion, lethargy, psychosis, and seizures or death. This syndrome is sometimes called “compulsive water drinking,” “psychogenic polydipsia,” and “self-induced water intoxication.”

Although the underlying pathophysiology of the syndrome is unclear, several factors have been implicated in producing polydipsia and symptomatic hyponatremia. These include a possible hypothalamic defect, the syndrome of inappropriate secretion of ADH (SIADH), and neuroleptic medication. Evaluation of psychiatric patients with polydipsia includes a search for other medical causes of polydipsia, polyuria, hyponatremia, and SIADH. Treatment modalities currently available include fluid restriction and medications. 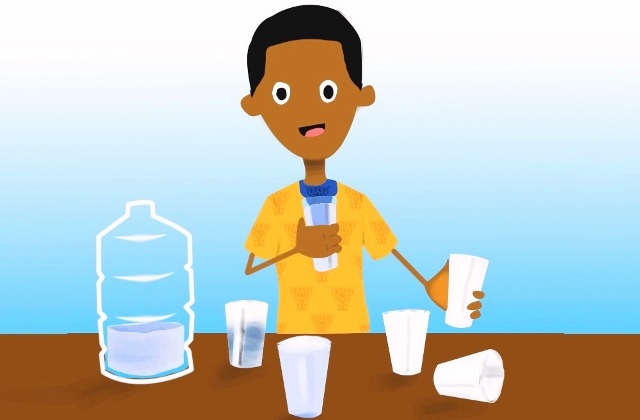 What is Polydipsia (Excessive Thirst)

Polydipsia is a term used to describe excessive thirst. It is a symptom of different conditions but is not in itself a disease. People in this condition tend to drink much liquid usually water. With this condition, people may never feel sated by the amount of water they drink and end up consuming much more water than they should which can lead to other conditions like the imbalance of saline in the body.

Polydipsia is a term of Greek origin that has been derived from the term “Poly” meaning much or many and “Dipsa” meaning thirst. Polydipsia can be medically defined as:

Abnormally great thirst as a symptom of disease (such as diabetes) or psychological disturbance.

Polydipsia is the symptom of diseases characterized by chronic excessive thirst, which means the intake of excess amount of water or any other liquid. It is usually a result of the loss of essential body fluids or blood by bleeding. It can lead to an imbalance in the electrolytes. When it is associated with diabetes it is known as Polydipsia Diabetes. In fact Polydipsia in diabetes is commonly true, and Polydipsia and diabetes go hand in hand. High intake of fluid may lead to polyuria.

Psychogenic Polydipsia is a condition in which patients have an uncontrollable urge to drink excessive amount of water. Polydipsia refers to excessive intake of water and term Psychogenic refers to fact that the desires to drink water stems from a mental disorder. Its symptoms include nausea, vomiting, increased thirst, increased urination, confusion, and seizures. Patients affected by psychogenic Polydipsia typically have other co-existing psychiatric conditions such as schizophrenia, bipolar disorder or depression. The reason why patients affected by disorder develop excessive thirst is not understood, but it may be due to neurochemical imbalances associated with psychiatric disorders. Patients drink over 10 liters of fluid a day.

There are many causes of Polydipsia such as;

Polydipsia treatment depends on the nature of the disorder and its underlying cause, which is confirmed by diagnosis. It includes administration of insulin, sulfonylurea agents such as glipizide and, glibenclamide, metformin in the case of diabetic patients. Pioglitazone also used to treat polydipsia and polyuria.