Lymph nodes are small bean-shaped organs that create and store blood cells as well as filter lymph fluid, assisting in the removal of waste and harmful bacteria from the body. They include essential immune cells that combat infection. The body contains approximately 600 lymph nodes.

Lymph vessels, or little tubes, that resemble the veins in the cardiovascular system connect each lymph node. The lymphatic vessels transport a clear, watery substance called lymph in place of blood.

The periaortic lymph nodes sometimes referred to as the lumbar, are a collection of lymph nodes that are situated in front of the lumbar vertebrae, close to the aorta. These lymph nodes get fluid from the gastrointestinal tract and the organs in the abdomen.

The immune system of the body cannot function properly without the lymph nodes. They interact with toxins as a result of their function, which mostly causes them to swell. 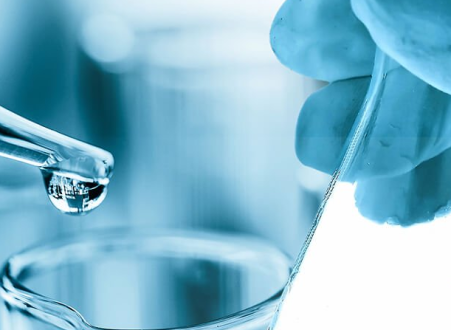 All around the body, tiny lymph nodes in the form of beans are mostly detected. They are an integral component of the lymphatic system, which plays a role in the elimination of waste products and other harmful substances from the body. These chemicals are removed from lymph fluid by lymph nodes as it travels through them.

The periaortic lymph nodes are found in the abdomen close to the aorta, the major artery that delivers blood from the heart to the entire body. This lymph node enlargement is often an indication of cancer or another serious disease.

A healthcare professional is required to examine any enlarged lymph nodes. A biopsy or other diagnostic procedure is recommended to identify the root of the enlargement.

The diagnosis of the underlying illness is necessary to determine the correct medication for an enlarged periaortic lymph node. Surgery, radiation treatment, and/or chemotherapy are all possible cancer treatments. If the reason is an infection, medications are mostly prescribed.

Periaortic lymph node cancer is mostly linked to tumor development in the aorta and other adjacent organs.

Possible signs of lymphoma in the periaortic region include:

It is critical to consult a medical professional as soon as possible if the person suffers from any of these symptoms since only then the underlying cause is identified and treated. If periaortic lymph node cancer is found and treated early, the likelihood of a favorable outcome is higher.

In a process known as a periaortic lymph node biopsy, a sample of tissue is taken from one or more lymph nodes that are situated in the region surrounding the aorta.  This method is used to aid in the diagnosis and treatment of several illnesses, including infections, cancer, and autoimmune disorders.