In biochemistry, immunostaining refers to a technique that uses an antibody-based method to detect a particular protein in the sample. This term earlier described immunohistochemical staining of tissue sections by Albert Coons in 1941.

The principle of this technique is to detect an antigen in the tissues or cells by use of antibodies. The merit of using the immunostaining technique in IHC is that it observes the desired target in a cell or tissue sample while balancing the tissue architecture and spatial context.

P16 or INK4A is also known as MTS1 or P16, which is proteinaceous and consists solely of four ankyrin repeats. It works as a tumor suppressor for its prevalence of genetic inactivation of the p16 or CDKN2A gene in nearly every kind of human cancer.

Human papillomavirus or HPV is a risk factor for malignant and benign mucosal head and neck lesions. The P16 is sometimes used as a surrogate marker for HPV infection. Although, there is a controversy about its reliability. However, it is also known that an increased level of up-regulation of P16 is involved in aging, cancer progression, and cellular senescence showing that its regulation is critical for its function. 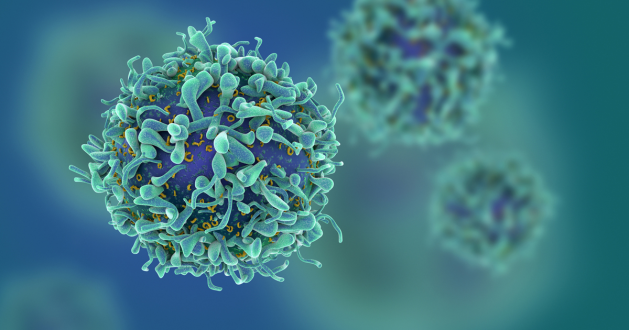 Several kinds of cancers are capable of making extra P16. When immunochemistry is studied, pathologists refer to this result as overexpression. It, in turn, enables the concerned pathologists to decide the type to which cancer or tumor belongs.

In that respect, those cells have been affected by a virus known as human papillomavirus or HPV. Such infected cells can also serve as a source of producing extra p16 immunostain. In several areas of the human body, pathologists also look out for additional p16 inside groups of cells when they are unsure whether the observed microscopic changes they see are caused by the human papillomavirus or not.

Pre-cancerous diseases are not only accountable for extra production of the p16 immunostain, but cancers are also responsible for their increment. A frequent type of cancer is squamous cell carcinoma caused by the HPV virus. Most of the tumors caused by HPV affect the cervix or throat (tonsils and base of tongue).

P16 immunostaining can be both positive and negative. P16 or INK4A immunostain is a strong indicator. It is used for high-risk-HPV associated dysplasias and oropharyngeal carcinomas. However, it is sometimes unreliable to predict low-risk-HPV-infection in neck and head papillomas and laryngeal dysplasias.

In patients with negative P16, things are usually more complicated than the patients exhibiting positive P16 immunostaining results. Individuals or patients with HPV16 negative or P16 negative status are known; to show the worst survival rate for all of the sites combined as for OP. The P16 immunostain is an essential factor in the prognostic indication in both OPSCC and non-OPSCC. The PP16 or HPV16 immunostain negative also means that it is more likely a distinct subgroup that lacks any HPV-related genotype.

In biochemistry, immunostaining is an antibody-based method used to detect a particular protein in a sample. This term was first described by Albert Coons to refer to the immunohistochemical staining of tissue sections. There are many applications of the immunostaining strategy. However, the most common applications involve laboratory research and clinical diagnostics.

IHC was performed by a mouse monoclonal antibody to p16 on a Ventana Benchmark LT automated immunostainer as per the standard protocol. The positive signal was referred; to as nuclear ± cytoplasmic staining. However, the cytoplasmic staining as a whole was considered a negative one.

The block-positive patterns fulfilled all the requirements described as a diffuse and strong immunoreactivity that extends from the basal layers more than one-third of the epithelium. However, the observed negative results were concluded as the complete absence of staining or weak, discontinuous, and focal staining.