Learn all about Organomegaly, the term used for abdominal mass; its causes and symptoms. Organomegaly involves the enlargement of body organs. Many different factors may cause such enlargement. While some causes are benign, others are more serious.

The location of the mass and its firmness, texture, and other qualities can provide clues to its cause. Organomegaly most often manifests as a symptom of a disorder, rather than being the disorder itself. Hepatomegaly, for example, can result from several diverse medical problems, ranging from infection to tumors. Congestive heart failure frequently facilitates cardiomegaly. Organ enlargement usually coincides with other symptoms relating to a particular disorder. With various liver dysfunctions, jaundice, or yellowing skin, frequently occurs alongside the organomegaly.

In treatment, many cases are appropriate candidates for therapy but therapeutic decisions require a definitive diagnosis. It is important to note that imaging findings are rarely sufficient for diagnosis in these cases. Examples of exceptions include radiographic identification of gastric volvulus or pregnancy and ultrasonographic identification of intestinal intussusception. 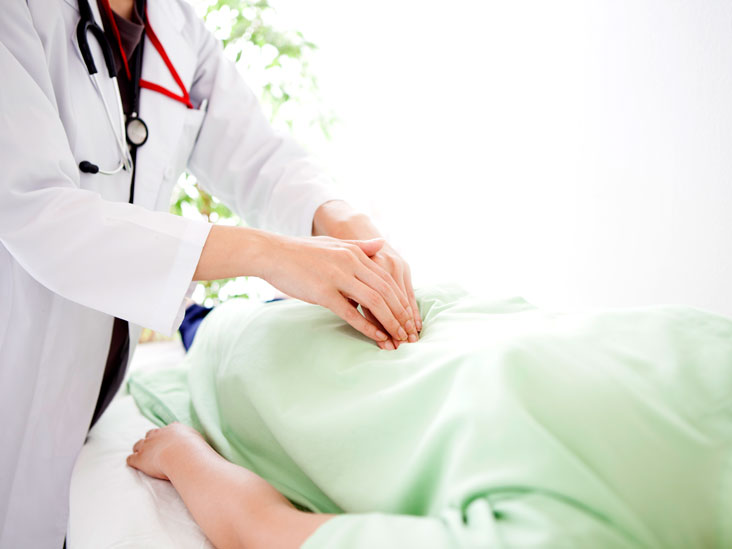 Organomegaly may be caused due to the underlying factors:

These symptoms may occur due to an internal inflammation, infection, or bleeding that requires treatment as soon as possible. Less commonly, some of these symptoms may be caused by colorectal, ovarian, or an abdominal cancer.