Odynophagia sounds like name of complex medical condition, but no worries, it’s just the medical term for painful swallowing. It is often confused with the condition called dysphagia, which is difficult swallowing. So be careful while determining whether it’s painful swallowing or difficulty in swallowing. For most people who have odynophagia it takes the form of an extremely uncomfortable burning sensation while trying to swallow.

When a person experiences pain every time they swallow and the passing of the food through the esophagus to the stomach is delayed, is referred as Odynophagia. A piercing chest pain can also be an indication of this medical condition. Important to remember that a person suffering from odynophagia does not have problems with the swallowing process itself like in dysphagia. But there may be a condition when a person has odynophagia as well as dysphagia.  Pain that a person might experience while suffering from this medical condition can come from their mouth, esophagus, or throat. Cause of this disease could be more than one. It is also not limited to any particular age, gender, or race. Anyone can be a prey of it.

As said, there may be multiple reasons behind it. The most common cause is some type of infection in the mouth, tonsils, throat, epiglottis, or esophagus, including upper respiratory infections (like the cold or the flu), candidiasis, HIV, Epstein-Barr, the herpes simplex virus. It includes any pain associated with swallowing that’s found in the mouth, throat, or esophagus . A foreign object stuck somewhere in the throat can also cause this condition, especially small objects that are sharp, since it cause difficulty swallowing along  pain. Sores and ulcers also lead towards such condition. Other possibilities like tumors, esophageal disorders, acid reflux, injuries or trauma, arthritis, drug use, muscular disorders, and congenital abnormalities can also cause odynophagia. 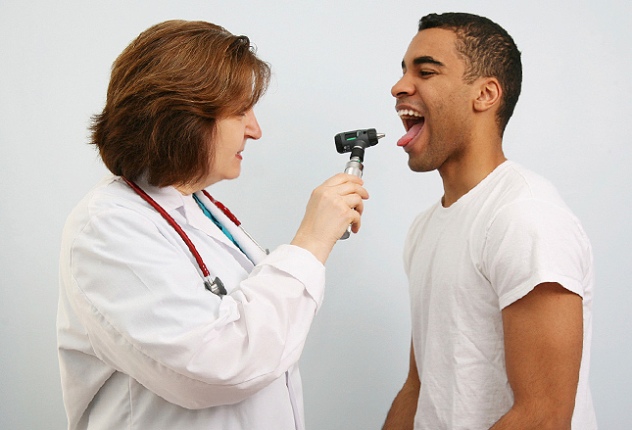 Read to know about the relevant information about Odynophagia including Causes, Symptoms, Treatment.

Common symptoms of medical condition termed as Odynophagia may include:

In order to diagnosis odynophagia, only your symptoms are used, since there are no specific tests or exams that can be used. Your physician analyze your symptoms and based on them, he can identify the problem. If your physician doubts that it could be cancer, he can recommend biopsy to make sure.

Tell your doctor if you have any of the following conditions along with painful swallowing, as it’s  also important to diagnose correctly, like if you have any muscular conditions or disorders because it can negatively affect how the muscles in your throat function.

As discussed above, there are multiple causes that can lead to Odynophagia, such as:

Usually a two-step approach is used to treat odynophagia. Two-step referred to a way of treatment in which symptoms and the underlying cause are treated together. It’s important to avoid caffeinated drinks, peppermint, and alcohol during treatment because all of these can aid in giving you acid reflux. Treatment of Odynophagia totally depends on the underlying cause. Different treatment approaches can be recommended if cause is different. For instance,