There are a lot of daily-use products which are made up of neoprene and raises the questions about the safety and quality of life. It is highly used not only in the manufacturing of wetsuits and swimsuits but also in other areas leading to the compromised quality of life.
There are many chemical substances such as; mercaptobenzothiazole (MBT) and thiourea compounds which are commonly used as accelerants in the manufacturing of the hand-made rubber or neoprene. These substances are accounted for the allergic reactions to the skin while in contact with neoprene products.

Generally, neoprene is considered safe to wear but there are some chemicals which make it harmful and lead to the allergic reactions. In the past era, use of neoprene products was high and so is the damage caused to the skin. After many research studies it was suggested to eliminate the mercaptobenzothiazole (MBT) and thiourea compounds from the manufacturing process of the neoprene. There are two possible conditions which can be adopted as a chemical reaction from neoprene contact, such as;

It is defined as; “the condition in which the skin becomes red, sore or inflamed after direct contact with the substance”.A wide range of cases of contact dermatitis caused by neoprene has been reported. Most of these cases were reported in surfers due to the wetsuits and few were observed from other sources of neoprene including keyboard wrist rests and splints. These products showed the reactions on contact to the specified substances.

B. Miliaria rubra or Prickly Heat

It is defined as; “the condition in which small, red, elevated and inflammatory papules appear on the skin and cause tingling and burning sensation in the specified area”.
This condition is mostly observed in the surfers who wear wetsuits made up of the neoprene. But this heat part is not that much serious in the surfers because they stay constantly in the cold water and it does not let the heat to cause any serious damage. But in other persons it can be a cause of some serious damage and needed to be taken care of it. 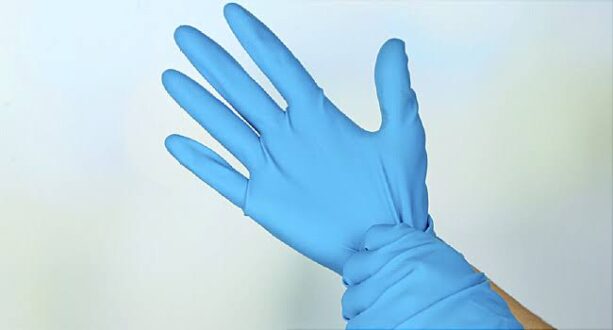 When the substance from any neoprene product reacts with the skin then allergic contact dermatitis is caused which does not lead to the serious skin reaction right away. But initially after exposure some symptoms takes time from 12 to 72 hours to appear which further lead to the disease.
Some initial conditions that may appear on contact with the neoprene material may include;
Skin eruption: An allergic reaction which appear on skin when it gets in contact with neoprene substance. In this condition skin erupts and cause scales on the skin which may lead to the pain in these areas for some individuals.

Skin color deformation: It is an allergic reaction in which skin color may change from normal skin color to red. If this reaction appears from a wetsuit or a swimsuit then there are chances that may the full body experience this reaction.

Itchy skin: It is an important symptom which appears at the time of serious contact with neoprene material and may last for up to some hours.
Swelling: Another important sign of neoprene reaction to skin is the inflammation of the affected area and it may appears warm when touched.

The above stated symptoms or reactions appear at the time of initial contact with the neoprene material but should not be taken serious if these conditions do not lead to the following set of symptoms, including;

Neoprene is the synthetic rubber which is manufactured with the help of some chemical substances may called as accelerants including Mercaptobenzothiazole (MBT) and thiourea compounds. These compounds provide the water proof quality to the neoprene but also cause the allergic reactions when neoprene products come in contact with the skin.

Neoprene reactions are very rare among population and very few people get affected from it. This condition gets serious in some persons and need medical care but unfortunately there is no medical treatment for neoprene allergy.

There are some non-medical measures that need to be taken after the allergic reaction is experienced which initially includes the following;