Learn all about mirena IUD crash, weight gain and removal side effects.

Manufactured by Bayer Pharmaceuticals, Mirena is a small flexible, T-shaped plastic IUD device. This device is placed in the uterus where it slowly releases the synthetic female hormone levonorgestrel, a progestin birth control hormone that has been proven effective 99% of the time in controlling pregnancy for up to 5 years.

Mirena was approved by the Food and Drug Administration (FDA) in 2000, and in 2009, the FDA expanded Mirena’s approval to treat heavy menstrual bleeding in women already using an IUD. With their approval, women thought it was safe and would also make menstruation less of a nightmare.

Unfortunately, for most women, the FDA’s approval was premature. The Mirena IUD not only created discomforting symptoms like heavy bleeding, cramps, hair loss, skin eruptions and weight gain but for some severe anxiety, mood swings and depression, with very little warning.

Although women seeking this form of birth control were cautioned by their doctors as having “possible yet not probable” side effects, many women found these slim side effects were actually quite common. 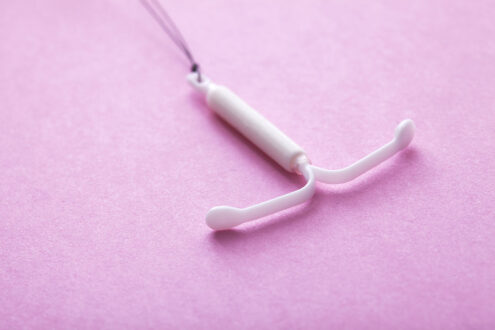 Mirena IUD Crash and how long does it last?

The mirena IUD (intrauterine device) is a hormone-releasing contraceptive that is placed in the uterus and delivers a small amount of hormone (progestin) directly to the uterus this form of contraception needs to be placed by a healthcare provider and is effective for up to five years Mirena can be used to prevent intrauterine conception for 5 years. It can also help treat heavy menstrual bleeding and can be used by women who have previously had a child. Although it is a rare condition, no contraception has a 100% success rate. Hence, there is a small possibility you may get pregnant while on Mirena. If this happens, you need to visit your healthcare expert immediately. Most of the times, your doctor will remove Mirena. However, removing the IUD device while you are pregnant comes with the risk of miscarriage. Then again, keeping it in poses a greater risk.

How long after you take out Mirena can you get pregnant?

If Mirena comes out, make sure you use back-up birth control and call your healthcare provider. If you become pregnant, the Mirena should be removed. Manipulating or removing it may lead to a miscarriage, but half of the pregnancies that occur while using Mirena are ectopic. There is an increased risk of ectopic pregnancy for those with a history of pelvic infection, tubal surgery, or ectopic pregnancy. The mirena IUD is not only a very effective contraceptive but is also beneficial for the treatment of disorders such as abnormal uterine bleeding. The IUD is placed within seven days of the start of the menstrual period and is 99% effective as a contraceptive. A woman may try to conceive right after the IUD is removed. It takes the average young couple about 4-6 months to conceive and after one year approximately 85-90% of couples will conceive.

Can you get pregnant with Mirena after 5 years?

The Mirena IUD label says it can be used for 5 years. In the Washington University study, 108 women used it for an additional year. There was one pregnancy in this group to a woman who had a partially expelled IUD. Even including that pregnancy, there were still fewer than 1 in 100 women who became accidentally pregnant in the sixth year when using a Mirena, which is about the same as women using this method for up to 5 years.

Mirena IUD removal side effects are as under;

Some women experience only a few of these symptoms while others will experience most of them to a lesser or greater degree.

Weight gain from mirena IUD is common. It’s commonly assumed that using certain contraception methods leads to weight gain. However, studies indicate that most women tend to gain weight during their reproductive years, regardless of their chosen birth control methods. The National Collaborating Centre for Women’s and Children’s Health reviewed several studies on weight gain and copper IUDs. It found no evidence that IUD use affects weight. According to the National Center for Biotechnology Information, hormonal forms of birth control probably won’t cause you to gain a lot of weight either. If you think you’ve gained weight because of your hormonal contraceptive, you should talk to your doctor. There are many forms of contraceptives available. You should use one that works best for you.