Restrictive cardiomyopathy, also known as Loeffler endocarditis, is characterized by poor cardiac relaxation and diastolic filling. It is caused by diffuse eosinophil infiltration of the heart. W Loeffler was the first to describe it in 1936.

Loeffler’s Endocarditis can develop as a result of any eosinophilic state, including drug reactions, parasitic infections, eosinophilic leukemia, and, most commonly, hypereosinophilic syndrome (HES). The diagnosis of fibrosis is often delayed until the patient has developed symptoms, at which point treatment choices are constrained, usually requiring heart failure drugs or surgical intervention.

LE is suspected, and they are later used in follow-up for prognostic classification and monitoring therapy response. Heart magnetic resonance allows for a more complete anatomical and functional examination of cardiac chambers, as well as tissue characterization for the presence and extent of myocardial edema and fibrosis, and identification of ventricular thrombi.

The pathogenesis of Loeffler endocarditis has been well documented. Patients with hypereosinophilia generally appear with systemic sickness, including fevers, chest discomfort, diaphoresis, and often severe myocarditis, however, the symptoms can be modest at times.

Loeffler endocarditis can cause signs and symptoms of abrupt heart failure in patients. Common symptoms include dyspnea, palpitation, chest discomfort, cough, weariness, shortness of breath, and accidental weight loss. The primary complaint of the patients with Loeffler’s Endocarditis is shortness of breath.

Eosinophilic infiltration can lead to valvular abnormalities, the most frequent of which is mitral valve insufficiency (42 percent ). It can also affect the aortic wall, resulting in aortic stenosis and regurgitation, which occurs in 4% of instances. 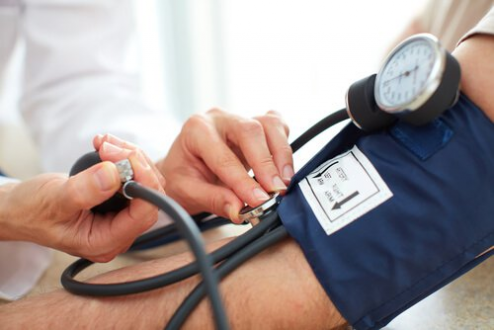 Loeffler endocarditis is rare restrictive cardiomyopathy characterized by eosinophil infiltration in the endomyocardium, followed by tissue destruction from degranulation, and eventually fibrosis. Even though it is a rare condition, it nevertheless has a high rate of morbidity and mortality.

Myeloproliferative and stem cell illnesses such as leukemia and lymphoma have been linked to the primary type of LE. Secondary hypereosinophilic syndrome is a non-neoplastic or paraneoplastic illness that causes non-clonal eosinophils to expand, such as allergy disorders, parasite infections, fungal infections, and malignancies.

Patients are categorized into two groups in terms of prognosis: steroid responders and non-steroid responders. The prognosis depends on the response of the patients to the steroids. A good prognosis occurs when the patients respond positively to the steroids and the patients with a negative response tend to have a poor prognosis. Patients with Loeffler syndrome have a fair prognosis after therapy with tyrosine kinase inhibitors due to a genetic mutation. Because of its rarity, no definitive mortality has been established.

Loeffler endocarditis is a fatal condition that necessitates immediate diagnosis and treatment. If discovered early, management with steroids and cytotoxic drugs can be beneficial; but, if detected later in the disease process, surgical intervention may be required to minimize morbidity and mortality after a fibrotic illness has developed.

People with a history of hypereosinophilia should be followed up regularly with serial imaging such as TTE or CMR, to check if the patients have developed thrombosis or fibrotic, and restrictive cardiomyopathy.

Mitral valve replacement is usually required in patients with Loeffler endocarditis because of mitral regurgitation. A mechanical or bioprosthetic valve can be used to replace the mitral valve, although a biological valve is preferred due to the significant risk of mechanical valve thrombosis. In Loeffler endocarditis, preventive anticoagulation is not recommended. Anticoagulation should be begun if a ventricular thrombus is discovered using echocardiography or CMR.

When a mechanical mitral valve is placed or when a patient has Loeffler endocarditis with ventricular thrombus, warfarin or low molecular weight heparin can be utilized.

So, the doctors must consider prompt treatment when they diagnose restrictive cardiomyopathy and mural thrombus in a patient with eosinophilia. Immunosuppressive and anticoagulant medications taken as soon as possible can help control the condition.