The human body possesses two bean-shaped organs in the urinary system which are known as kidneys. One human comprises a pair of kidneys that enable the body to excrete the waste material in the form of urine as well as these may act as a purification system for the blood before it is returned back to the heart. Proper functioning of the kidneys along the whole urinary system’s organs is very important to keep the body in a normal phase. However, due to certain unwanted reasons, the urinary system may undergo some serious conditions leading to the impairment of the function of this system leading to the adoption of some serious diseases. Hydroureteronephrosis is one of those diseases which may pose some serious effects on the system.

“It is a condition characterized by the dilatation of the few parts of the urinary system involving; renal calyces, renal pelvis, and ureter leading to the blockage of the normal flow of the urine in the urinary tract.”

This blockage of the urine flow in the tract can lead to advanced atrophy in the cortex region of the kidney.This condition is may adopted as a result of anatomical or physiological blocking of the normal flow of the urine, which can be observed at any point in the urinary system starting from the kidneys to the urethral meatus.

This blockage can be acute or chronic, unilateral or bilateral and partial or complete depending upon the nature of the damage and cause. 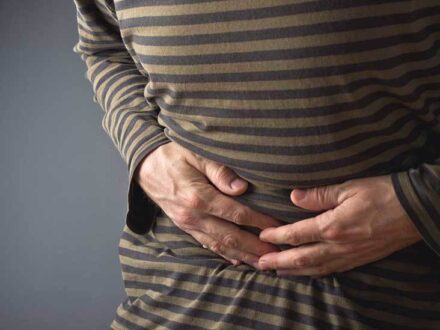 The symptoms of this disease may depend on many factors including; sex, age, underlying cause, duration and location of the blockage. But the most common and general symptoms may include;

The underlying causes for this disease may vary from person to person depending upon their gender, age as well as medical conditions.

In children the most common causative agents may include;

Meanwhile, in adult males the most common reasons may involve;

In the females, the most common reason could be the pregnancy which possesses the highest chancer for the adoption of this disease and considered as a normal condition. As in the pregnant women the enhanced levels of the progesterone as well the pressure inserted y the growing uterus on the bladder may lead to the adoption of this particular disease. It is observed in 80% cases of pregnant women and characterized by the renal pelvis and dilation of the ureters more prominently on the right side of the affected region as compared to the left side of the region.

These both clinical conditions may manifest the related signs and symptoms.

Hydronephrosis is a condition characterized by the blockage of the normal flow of the urine and insertion of the backward pressure on the flow urine resulting in the impaired excretion of the urine from the body. It can result from the swelling of either one kidney or both of the kidneys.

On the other hand, hydroureteronephrosis is characterized by the dilatation of the bladder resulting from any carcinoma of the bladder, prostatic cancer, neurogenic bladder or vesicourethral junction obstruction, etc.

Hydroureteronephrosis can be categorized depending upon the location of blockage which may result into two types;

Unilateral: only involves ureter and may result in this condition due to the blockage of the ureter at any specified point throughout its length or at the point of the opening where it meets the urinary bladder.

Bilateral: It involves ureter, urethra and bladder trigone. It is mainly characterized by the dilatation of the renal calyces, renal pelvis as well as the ureter. Sometimes it is considered as a secondary condition to the urinary tract blockage which may result in the backward directed pressure in the tract. This condition of buildup backward pressure can lead to the diminishing of the renal function resulting in the ultimate renal failure.