Learn Heart Attack Symptoms in men and women over 50 and younger, as Early Warning Signs that should not be ignored to save life.

Heart Attack Symptoms in Men are more common than women between the ages of 30 and 59. The incidence of heart attack is four times more in men than in women. However, medical studies reveal that the phenomenon is reversed with age. Heart attack is more common in women over 60 than in men due to biological, physiological and aging process.

Heart attack is a medical condition characterized by occlusion of one of the coronary arteries that stops the blood flow to part of the heart and causes injury of heart muscle due to insufficient supply of oxygen. This condition is also termed as coronary occlusion.

Heart attack is an emergency condition in which immediate treatment is required depending upon the severity of condition and underlying cause of attack. If heart attack persists for longer period of time then it causes myocardial infarction (Complete death of heart muscle). The patient often feels intense pain in his chest that is being squeezed, pressured, or constricted. If not recovered this Cardiac arrest results in sudden death.

The difference between Heart attack and Angina is, the later is a chest pain or discomfort caused when your heart muscle not get enough oxygen-rich blood. It may feel like pressure or squeezing in your chest. The discomfort also can occur in your shoulders, arms, neck, jaw, or back. 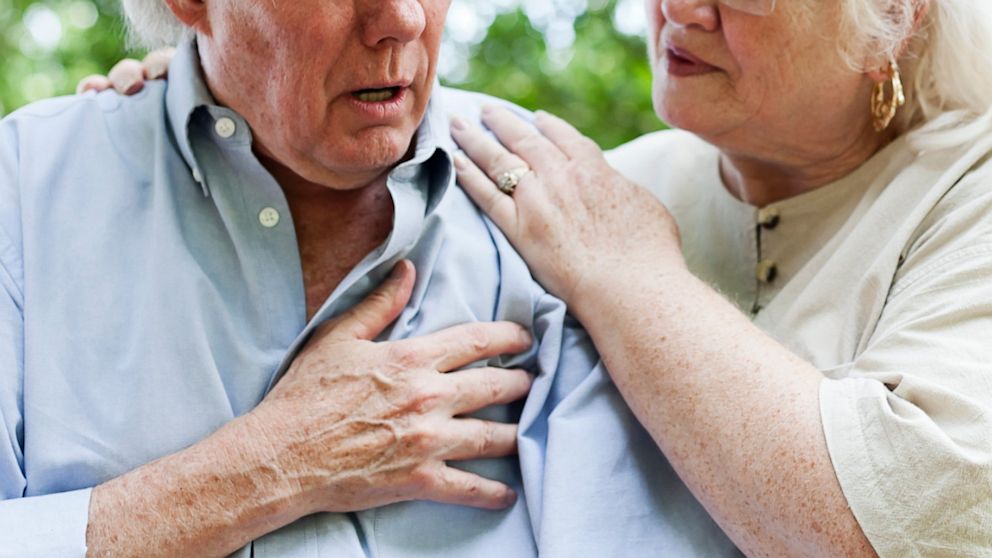 Heart Attack is Some medicines are necessary to reduce the intensity of pain but in some cases oxygen is administered to make the patient breath easier and regular. Heart Attack Complications may develop depending on what part of the heart was damaged by being deprived of its blood supply during the attack.

Obesity or being overweight, diabetes, high cholesterol level, high blood pressure and smoking increase the risk and danger of heart attack. Below are some shocking facts about heart attack in United States:

Following are the 10 most commonly medically established Heart Attack Symptoms in men over 50 and some times in younger males and females: