Learn all about gout Symptoms, Causes, Treatment, Tests and Diagnosis!

Gout is a metabolic disease associated with abnormal amounts of urates in the body and characterized by recurrent painful acute attacks of urate crystal-induced arthritis.Gout is also termed as podagra when it is associated with big toe.When the concentration of uric acid gets too high, sharp urate crystals form. These crystals collect in the joints and cause swelling and intense pain.Th e prevalence of gout is believed to be between 3 and 5 million individuals in the United States.It is more common in men but women who are affected by gout are mostly postmenopausal.Genetic predisposition is also involved in this disease because it is commonly observed that people who have gout in their family history are more susceptible to get involved in this metabolic disease. 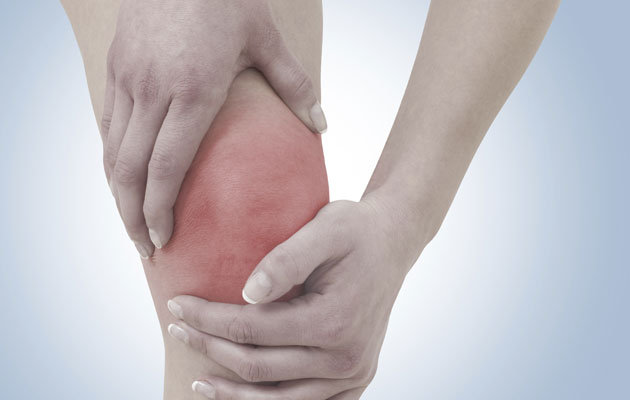 Symptoms of gout depends upon type of gout.There are two types of gout one is acute gout and other one is chronic type of gout.Both have different kind of symptoms and pathogenesis.

Symptoms of gout includes Pain, redness, and swelling these symptoms become severe during morning and night time.In case of a acute gout sensation of  pain is severe and even a single touch to affected area may aggravate the symptoms.Most common areas where acute gout attacks are joints of feet, hands, knees, wrists and big toe.Symptoms come on suddenly and are most severe for 12 to 24 hours, but they may last as long as 10 days.

Chronic gout is associated with deposition of uric acid acid crystals that does not excrete through urine due some renal impairment and deposit continuously  in tissues and joints of knee, wrist and hands.This deposition of urate crystals under skin is termed as tophi. Extensive tophi may lead to chronic arthritis due to bone erosion.In most cases uric acid deposits in tissues and joints is due renal impairment.

It is believed that diet rich in purines is common cause of gout because when our body digest such diet, uric acid is produced as a by product.If we consume too much purine rich diet then the risk of deposition of uric acid increases.Example of purine rich diet are organ meats like kidneys, liver, and sweetbreads, red meat, oily fish like sardines, anchovies, and herring certain vegetables, including asparagus and cauliflower, beans and mushrooms.

Genetic factors in combination with some environmental factors play important role in familial hyperuricemia.About 60% cases of hyperuricemia (high uric acid level in blood) are due to some genetic predispositions.Genes which are involved in the pathophysiology of gout like SLC2A9, SLC22A12 and ABCG2 become active in the presence of some  environmental triggering factors like unhealthy and unhygienic environment.

Renal impairment is common cause of chronic type of gout which has delayed onset that remains for a longer period of time.Renal impairment may occur due to diabetes or due to kidney infection.Some medications like aminoglycosides, aspirin and contrast media (Iohexol) are nephrotoxic and should be used only in serious conditions.These medicines are contraindicated in chronic kidney disease or any kind of renal impairment.

It is very popular diagnostic procedure frequently performed by orthopedic doctors to confirm the diagnosis or helps in diagnosis.In this procedure a long needle is  used to remove a sample of synovial fluid which is present in joints and acts as a natural lubricant.This sample is then analyzed under microscope to find out the urate crystals.

It is very common test that is being performed to confirm the presence of urate crystals in tissues and joints.X-ray with contrast imaging techniques gives more promising results than a simple x-ray technique.

Treatment of gout is based on two targets first one is reduction in recurrent attacks of gout and second is elimination of uric acid from body to decrease the risk of uric acid deposition.Diet restrictions are also necessary alongwith drug therapy in order to complete get complete cure of gout.Following drugs are used to treat gout either in combination or  alone.