“Eikenella corrodens is a commensal gram-negative bacteria that is anaerobic, non-mobile and non-sporeforming bacillus that might have the pathogenic characteristics.”

It naturally exists in the oral flora of the human body as well as in some other organs such as genital and intestinal tracts. Upon triggering of its transmission, it starts proliferation and colonize in specified areas resulting in different kind of infections depending upon the site. The patients of cancer (specifically head and neck) are considered vulnerable for these infections along with diabetic patients and IV drug users. Any kind of injury that might have contact with the oral cavity may adopt the E. corrodens infections.

Initially, it was called Bacteroides corrodens during its first classification in 1958 by a scientist named M. Eiken and after that, it’s named changed to Eikenella corrodens. Traditionally, this flora is classified under the HACEK group of organisms.

In these situations, E. corrodens senses the opportunity through the signaling molecules called auto-inducers (AIs) and invades the affected parts and establishes its colonies by the activation of the LuxS gene. Due to this characteristic of colony establishment, this flora maintains its population size and density that decides its spread and severity of the infection. 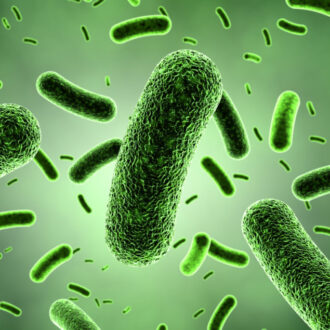 Especially the link between the presence of this flora and the adoption of periodontitis caused by it is yet very unclear. However, it is reported that it might have pathological features which it either present as an independent body or in some case it may appear as a participating entity in the mixed infections. These features may include;

The treatment for Eikenella Corrodens caused infections depends upon the severity of the disorder as well as the condition of the patient. Generally, two treatment options are suggested by the professionals which include the following;

Medication therapy:Usually the antibiotics are recommended for these infections which may include; penicillins, cephalosporins, or tetracyclines. As well as these are considered to be highly vulnerable to the fluoroquinolones (ciprofloxacin) but the adequate in-vivo shreds of evidence for this class have not been provided yet.

Meanwhile, it is stated that this bacterial body is highly resistant to the administration of a few drug products involving macrolides (for example erythromycin), metronidazole and clindamycin.

Surgical therapy: Depending upon the severity of the infection, some cases may require a surgical procedure. This technique involves the surgical drainage from the affected area and afterward, the patient is recommended for the antibacterial therapy for the prevention of recurrence of the infection. Patients are suggested to continue this medication therapy until the full recovery is achieved.

Majorly, the drug user patients involved in the licking of their needle before injecting it to the skin may adapt the mixed infections resulting in the seriousness of the infection which requires the need for surgical drainage.