The nervous system of the human body consists of the brain and the spinal cord. The spinal cord is protected naturally to the traumas and other conditions due to the presence of a membrane called the dura. These connective tissues containing membrane make a sac-like structure around the spinal cord which is filled with a fluid providing the expected protection to the organ.

“Any abnormality involving the enlargement, widening or ballooning of this dural sac or the presence of cysts in this area called as Dural Ectasia.”

These abnormalities of the dural sac surrounding the spinal cord can lead to the presentation of posterior vertebral scalloping as well as the adoption of herniation in the sleeves area of nerve roots.Posterior vertebral scalloping is considered as an indirect pointer as it is not specifically associated only with the dural ectasia. Usually, the lumbosacral region is the most vulnerable area for these abnormalities due to the presence of the highest pressure of cerebrospinal fluid in this specified area. However, the effect on the spinal cord can happen in any plane regardless of the point of pressure exertion.

Dural ectasia can lead to some complications such as the partial or complete failure of the spinal anesthesia. This disease involves the exertion of high pressure of cerebrospinal fluid in the lumbosacral region due to the increased volume of fluid which is hence, observed as an obstacle in the spreading of the local anesthetics. It is stated that the spread of these intrathecally administered injections is highly affected due to the enhanced volumes of these fluids in the specified region.

Frequently, this disease is associated with the inflammatory medical conditions as well as the connective tissue syndromes. The most common techniques used for the diagnosis of this disease may involve; 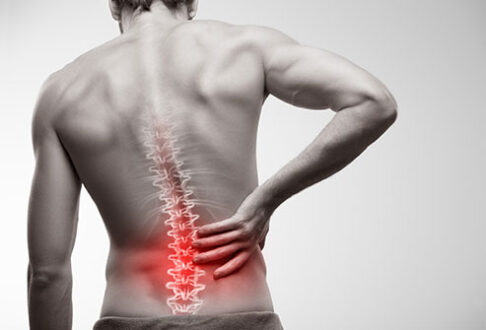 Postural headaches are considered as a potential indicator as well as a secondary association to the dural ectasia. These can be low pressure and/or high pressure depending upon the underlying cause. It is stated that the condition may get worse in the standing position and meanwhile, it may get better on breathing in. In some patients, tinnitus is also observed associated with these headaches.

In some cases, this disease is considered asymptomatic as it does not show any proper signs and symptoms for the diagnosis. However, in the majority of the affected population symptoms may vary from patient to patient.

The most common signs and symptoms may include;

On experiencing these above-stated symptoms the patients are suggested to lay down as this position helps to get some relief. Otherwise, the upright posture involving sitting and standing positions may lead to the worsening of the extent of symptoms.

In this disease, presentation of the symptomsalways involve an underlying cause which may include;

As in some patients, this disease can be asymptomatic which indicates the situation of well-tolerated symptoms. Therefore, in this condition, the delayed diagnosis might not affect the patient as the urgency of the need to diagnose the disease majorly depend upon the extent of disability or symptoms.

The treatment of this disease varies depending upon the nature of signs and symptoms which are needed to be encountered. However, there is no well-defined treatment for this disorder. Surgeries aimed to reduce the size of the dural sac and the insertion of titanium plates for the reconstruction of the dorsal sacrum are might considered as successful treatment options in some patients.

A drug named Acetazolamide is in the drug trial’s run to treat the symptoms experienced in the patients of dural ectasia also having Marfan’s syndrome.