Both conditions are caused by high iron levels (iron overload) due to too much iron in blood. But to make the difference between Hemosiderosis and Hemochromatosis clear, let’s look at what is what is hemochromatosis and hemosiderosis.

Hemosiderosis is a focal deposition of iron that does not cause tissue damage. In hemosiderosis usually the lungs are affected, and the cause usually is recurrent pulmonary hemorrhage, either idiopathic or due to chronic pulmonary hypertension.
Another common site of accumulation is the kidneys, where hemosiderosis can result from extensive intravascular hemolysis.

Hemochromatosis is a tissue damaging iron excess disease. It occurs when the body absorbs too much iron from foods and other sources (such as vitamins and supplements) containing iron. In hemochromatosis glands and organs, including the liver, heart, pituitary, thyroid, pancreas, synovium, joints and bone marrow get burdened with excess iron so these cannot function properly.

Free hemoglobin(Hb) is filtered at the glomerulus, resulting in iron deposition in the kidneys. The renal parenchyma is not damaged, but severe hemosiderinuria may result in iron deficiency. 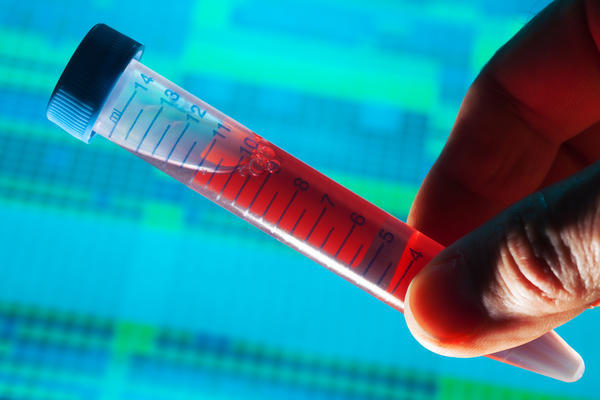 Hemosiderosisis local in nature and can result from hemorrhage within an organ. Iron liberated from extravasated RBCs is deposited within that organ, and significant hemosiderin deposits may eventually develop. Occasionally, iron loss due to tissue hemorrhage causes iron deficiency anemia because iron in tissues cannot be reused.

Hemochromatosis causes extra iron to gradually build up in the body’s tissues and organs, a term called iron overload. If this iron buildup is not treated, it can, over many years, damage the body’s organs.

Pain in the knuckles of the pointer and middle finger, collectively called The Iron Fist is the only sign or symptom specific to hemochromatosis. However, not everyone with HHC experiences the Iron Fist.

The main symptoms of pulmonary hemosiderosis include

As iron builds up in the body organs, hemochromatosis may also produce the following symptoms:

Hereditary hemochromatosis is present at birth. But, most people don’t experience signs and symptoms until later in life. Symptoms usually appear between the ages of 50 and 60 in men and after age 60 in women. Women are more likely to develop symptoms after menopause, when they no longer lose iron with menstruation and pregnancy.

The symptoms may begin slowly or appear suddenly. If the condition develops slowly, symptoms such as chronic fatigue, a persistent cough, runny nose, wheezing, and delayed growth may occur. A person who suffers a major hemorrhage may turn pale and possibly lose consciousness. The heartbeat may initially race but then slow to a dangerous level. If hemosiderosis becomes a frequent or chronic problem, a person can experience symptoms of iron deficiency anemia, such as extreme fatigue, severe headaches, and irritability.

Hemochromatosis is hereditary. In order to have the disease, a patient must have inherited two defective genes, one from each parent.
Hemosiderosis may occur due to the following causes:

Many people with hemochromatosisdon’t have any signs or symptoms other than elevated levels of iron in their blood. Hemochromatosis may be identified because of abnormal blood tests. Other tests includes

A specialist can diagnose hemosiderosis by asking about symptoms and medical history and checking blood samples for signs of anemia.

Chest x-rays and computerized tomography scans are taken to look for active pulmonary hemorrhages and sections of scar tissue where bleeding has occurred in the past.

The treatment of choice for hemochromatosis is phlebotomy. Phlebotomy is the removal of blood from your body. You may need phlebotomy on a regular basis to remove excess iron. When you first begin the treatments, you’ll have them up to twice a week.

After the initial treatments, you may come back four to six times per year.
For people who refuse phlebotomy, a chelating drug may be used. This type of drug can be injected by a physician or taken by pill. It helps your body expel excess iron in your urine and stool. This treatment is also used for people with heart complications and other contraindications for phlebotomy.

Hemosiderosis treatments focus on respiratory therapy, oxygen, immunosuppression, and blood transfusions to address severe anemia. If hemosiderosis is due to another disorder, treating the underlying condition can reduce bleeding.

Corticosteroids may help people whose only symptom is bleeding in their lungs, with no other determined causes or secondary disease. Immunosuppressive drugs can also be a treatment option. However, studies are still examining how effective they are long-term.