Both medicines are usually used for same disease known as Irritable bowel syndrome. It is basically abdominal pain and discomfort with altered bowel habits that are not explained by any other mechanical, biochemical, or inflammatory cause. Irritable bowel syndrome affects 10 to 15 percent of the U.S. population to some degree. It is said that women are more likely to have symptoms than are men and is most common in patients 30 to 50 years of age.

Dicyclomine (Bentyl) and Hoscyamine (Levsin), both are recommended for abdominal pain, bloating, constipation, and diarrhea, which are considered normal symptoms of Irritable bowel syndrome. Some other medications like Antispasmodic agents may be used as needed, but anticholinergic and other side effects limit their use in some patients. Herbal therapies such as peppermint oil is also considered effective in the treatment of irritable bowel syndrome. Therapies should focus on specific gastrointestinal dysfunctions like constipation, diarrhea and pain.

In medical terms, irritable bowel syndrome (IBS) is also known by a variety of other terms such as spastic colon, spastic colitis, mucous colitis and nervous or functional bowel. Usually, it is a disorder of the large intestine (colon), although other parts of the intestinal tract, even up to the stomach can be affected. major feature of IBS is abdominal discomfort or pain. Pain may move around the abdomen and leads towards disorganized, exaggerated and painful contractions . Diarrhea may also occur, especially after meals, as the entire colon contracts and moves liquid stool quickly into the rectum. 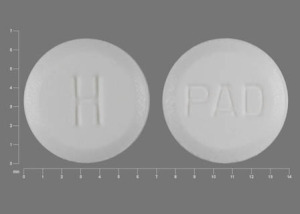 Here you can find the actual difference between two medicines and relevant information about their dosage.

Dicyclomine is more specifically used to treat a certain type of intestinal problem called irritable bowel syndrome. It helps to reduce the symptoms of stomach and intestinal cramping. It is considered good in case of this syndrome, because it works by slowing the natural movements of the gut and by relaxing the muscles in the stomach and intestines. In addition to its effect on the muscle in the wall of the gut, it acts on the urinary bladder also. It relaxes the muscle and prevents spasms from occurring. It also can slightly reduce the production of stomach acid.

Although its main role is to prevent painful spasm of the gut and urinary bladder, but it can also help in diarrhea, irritable or spastic bowel, diverticulosis, colic and bladder spasm. Dicyclomine belongs to a class of drugs, commonly known as anticholinergics/antispasmodics.

This medication belongs to a class of drugs known as anticholinergics/antispasmodics. It is seldom used in treating peptic ulcers since there are much better drugs now available to reduce stomach acid and heal ulcers .The working mechanism of Hyoscyamine is almost similar to Dicyclomine, as it works also by decreasing acid production in the stomach, slowing down the natural movements of the gut, and relaxing muscles in many organs including stomach, intestines, bladder, kidney and gallbladder. Hyoscyamine also lessens the amount of certain body fluids i.e. saliva and sweat.

In terms of dosage, both medicines are exactly similar. Firstly like all other medicines, it is advised that you should follow your physician’s instructions carefully. Normally, dicyclomine or Hyoscyamine , should be taken 30 to 60 minutes before eating for best results. If you are also taking an antacid, it’s better to take the antacid after the meal. Both taking together can cause slowdown of absorption of either drug. If you miss a dose, take it as soon as possible. If it is almost time for your next dose, skip the missed dose and return to your regular schedule. Doubling of dose is not recommended in this case.

There are no known food interactions with both, but they can cause constipation which can be prevented by using foods rich in fiber and bran. Alcohol should be used with caution or avoided completely because the combination may cause excessive sedation. If you are taking other medications, then before using Hyoscyamine or Dicyclomine , it is recommended to consult your doctor first.

Share
Previous Causes of Left Upper Quadrant Pain after Eating
Next How Long Does Vyvanse Stay in Your System?