Disseminated intravascular coagulation or DIC is a syndrome that is the most common cause of an abnormal hemorrhage tendency during pregnancy and the puerperium and reflects systemic activation of the coagulation cascade by circulating thromboplastin material, with secondary activation of the fibrinolytic system. 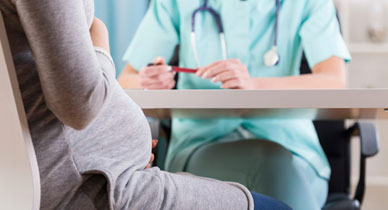 If a pregnant woman is having disseminated intravascular coagulation it shows various Symptoms which may include any of the following:

If disseminated intravascular coagulation (DIC) is present in a pregnant patient it almost invariably is evidence of an underlying obstetric disorder such as abruption placentae, eclampsia, and retention of a dead fetus, amniotic fluid embolism, placental retention or bacterial sepsis.

“Consumptive coagulopathy” is used as an alternative to DIC and considered to be the most common sponsor for maternal morbidity and mortality. It is associated with up to 25% of maternal deaths.

There are different Risk factors which can affect the occurrence of DIC which include:

DIC has been associated with a series of pregnancy complications including the following: