Askin Tumor is a part of the Ewing Sarcoma family of tumors. This tumor occurs in the chest wall, ribcage, or soft tissue located in the chest wall. Previously, Askin Tumor was a separate body but until some time ago, added it to the Ewing Sarcoma family. It is treated through Chemotherapy and radiology. This kind of tumor weakens the bones so much that they may even fracture on the slightest impact with anything.

Askin and Rosai made the first description of Askin Tumor in 1979, and many countless studies after that have caused a lot of confusion. This confusion remained until some time ago when finally added to the Ewing Sarcoma Family of tumors. This was because Askin Tumor and Ewing Sarcoma share related demographics, imaging findings, and prognosis. Even though they share similar tissue structures, their different location and growth patterns make them distinct and separate bodies. However, Ewing’s Sarcoma is a rare cancerous tumor that grows in the bones or the soft tissue around the bones. It usually affects people from the age of ten to twenty-two years and has a high cured rate. 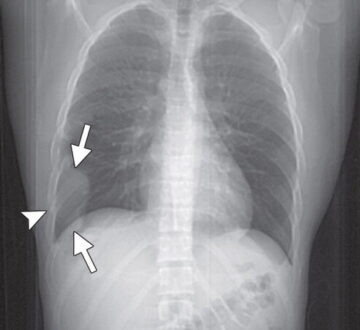 Askin Tumor mainly occurs in children and young adults from the age of Eight to Twenty-two years old. It is rare and commonly misdiagnosed because it can be easily mistaken for other small round cell tumors. Computed Tomography Scans, histopathology, and immunohistochemical analysis are usually used for diagnosis. Patients are generally treated by combined or monotherapy methods. There are some kinds of Ewing’s Sarcoma like Bone Tumor, which appears mostly in the thigh bones, pelvis, ribs, or shoulder blades, but it can appear in any bone. The second type is Soft Tissue tumor, which affects the cartilage or muscle around the bones. Another kind is the Peripheral primitive neuroectodermal tumor, also known as pPNET, and can find this kind anywhere in the body. Askin tumor is also a part of the Ewing Sarcoma Family of Tumor.

Some of Askin Tumor’s common symptoms include Chest Lumps, swelling, Chest pain, chest tightness, and shortness of breath. There may be other symptoms like pleural effusion, which is sometimes called “water on the lungs.” It is the build-up of additional liquid between the layers of pleura outside the lungs. However, Ewing Sarcoma’s symptoms are stiffness, pain, swelling, or softness in bones or tissues around the bone. Other symptoms are a lump near the

The surface of the skin may feel warm and soft, fever that does not go away. Ewing Sarcoma also makes bones weak, which can cause them to become fragile or even fracture.

The exact causes of Ewing’s Sarcoma and Askin Tumor are still not precise. It is not inherited, but it can happen by changes in specific genes that take place in a person’s life. When number 11 and number 12 chromosomes exchange genes, it activates an overgrowth of cells; this may or may not cause Ewing’s Sarcoma or Askin Tumor.

The Askin tumor treatment usually aims to control local diseases and spread cancerous cells to different parts of the body. The treatment of both Askin tumor and Ewing sarcoma start with Chemotherapy. Chemotherapy often combines with two or more strong medicines instilled in the veins or taken as pills or both ways. After that, surgery to remove cancer follows. In some instances, radiation therapy is also used. Chemotherapy uses powerful medicines to kill cancer cells. These medicines are used to shrink the tumor so that it is easier to remove cancer with surgery or target it with radiation therapy.

After surgery or radiation therapy, chemotherapy treatment may continue according to doctors’ guidance to kill harmful cancerous cells that might still exist after medicine or surgery. If the cancer is advanced and there is a potential risk of spreading to other parts of the body, Chemotherapy may or may not help relieve pain and slow cancer growth. The goal of cancer’s main operation is to remove all of your cancer cells, but this is not so simple as it takes a lot of planning to affect the patient’s daily life. This operation may include removing a small portion of the bone or even a whole limb. This complete surgery depends on the size of the tumor and where it is located. Another operation used for removing Ewing sarcoma or Askin tumor is Radiation Therapy. It uses high-energy rays of light like X-rays or protons to kill Cancerous Cells. When the cancer is located in a part of the body where surgery is not possible, or the surgery requires complete removal of an organ like the bladder or bowel, doctors recommend it.